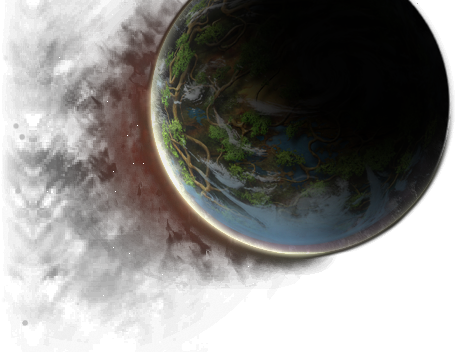 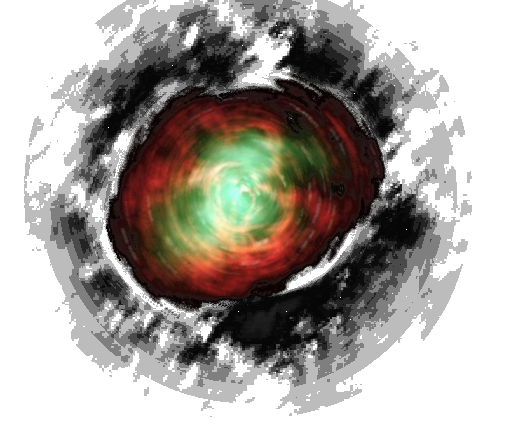 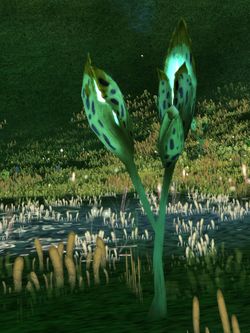 Plant of the same family as the свуе of the Lakes, the плумаш (known as плоомwеед in the Kitin's Lair of Almati Wood) develops pods that burst at maturity, releasing a luminescent cottony plume.

The function of this very bright luminescence is unknown. Some botanists think it could repel predators and allow the seeds contained in these plumes to mature.

Unlike the свуе of the surface, this plant is of no use to the homins because it does not produce seeds big enough to be consumed.